附英文版
Hello cArn, congratulation on winning the IEM European Championship! Let’s start things off by talk about your thoughts on that tournament. How did you feel after winning the grand finals against mTw with your three new teammates after all the incidents at the end of last year?
大家好. Thank you, it feels great to beat the odds winning the first tournament of the year with a brand new team.

You guys went into the European Championships with a fresh line-up that only had little time of playing together so you guys were not the clear favorite to win the event. What do you think you guys did right on the elimination stage that helped to overcome teams such as NaVi and mTw?
Hard practice and a great mix och players that are motivated like never before. To win the first match versus NaVi was important as it made our confidence grow which was needed in such a big championship.

You guys were especially dominating on train in semi-finals against NaVi, who was probably the best team on train in 2010. What did you guys change to accomplish that? Do you think dsn’s new role was the main reason for his break out performance?
I think both me and Harley is very motivated this year. Before we kind of rely on our star players and maybe we were too comfortable and certain that we would win the matches we played with the old team. When we then suffered a defeat everyone was shocked and we got really upset. This year, 2011, we did expect ourselves to play good but as we were a new team it felt extra important that we play well in order to hold up the Fnatic legacy of being a premier Counter-Strike team.

Xizt performed superbly in the grand finals against mTw and had several key moments. How do you compare him to f0rest and GeT_RiGhT? What about Delpan and pita? Do you think they will become superstars in the near future during their stay in fnatic?
Xizt is the biggest rising talent we have in Sweden. He had a great year in Lions and we were sure he will fit in well as he is a great guy as person. He has a different style compared to Get_right but he does indeed remind a bit about f0rest with his crazy m4a1.I would say Delpan is, together with markeloff, the best snipers in the world – very handy to have in our team.Pita was our last pickup filling a rifle player. Besides the fragging he also brings in joy and motivation for us.

In the Upcoming IEM5 Global Finals, fnatic was placed in a group of death with teams such as NaVi,SK,Lions. Out of all the opponents in your group, which teams do you think would give you guys the most trouble?
Any of the team you mentioned will be our biggest rivals. I do hope we can have a great start like we had in Kiev as the whole group is decided in one single day. Fingers crossed.

Both EG and ex-wemadeFOX made slight changes to their line-up, but they have not play any major LAN tournament since the roster moves. How do you guys prepare for these opponents who are hard to predict? Do you think they could do some damage to the powerhouses in Hannover?
They should not be under estimated when the matches is decided in one map. Its true they are difficult to predict but I think we are aswell.

coL bought a house for their five players to practice and live together every day, what do you think of this training system? Will playing and living together help to build up their chemistry and teamwork? Do you think coL become the biggest underdog for Global Finals?
It could work if they get along well. We are playing the most of our practice games online and before important tournament, such as IEM Finals, we meet up for a 3-4 days long bootcamp to finalize our preparations.

Everybody now is talking about the inevitable showdown in the global finals when you will be facing your old teammate f0rest, GeT_RiGhT and their new SK. What are your thoughts on that match?
It will be fun for us, for the fans and for the winner.

If you were in the shoes of f0rest and GeT_RiGhT at the end of 2010, would you make a different decision regarding that separation? Will friendship be your main concern in building up a successful franchise?
Its impossible to tell other people what they should do with their lives. There is always a free will even if you, the counterpart, agree or not. They decided to move on and so did we, we can still share a beer or two for old time sakes.

After your success in the European Finals, what will be fnatic’s goal for 2011? What about your personal goals?
Our goal is to represent Fnatic and our sponsors: MSI,SteelSeries, Bigfoot Networks, Raidcall and Slappa, in the best possible way.On a personal level my goal is to have as fun as possible meanwhile staying healthy.

Any last words to your supporters in China?
那当然！I wish I could communicate well with you in Mandarin but to avoid confusion and embarrassment I just say: 大家好！我期望Fnatic2011可以回中国来。我们在WEM2010玩得不好，对不起，所以2011需要加油！！Take care people and enjoy 2011 and feel free to find me at RenRen.com and of course follow my team at www.fnatic.com. 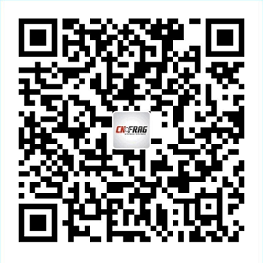