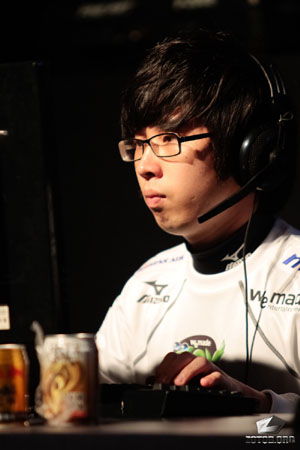 附英文版
Hello Solo, let’s start things off by tell us what you did after winning WEM at the end of last year?
Hello everyone. I had good time together with my family after WEM winning.

Your team has become the first Korean team to win an international tournament after defeating SK twice in China. How did you and your teammates feel when you claim the title? How did you celebrate afterwards?
Of course. We had cerebration together with WarCraft players and team manager.

During WEM you had some tough matches against Frag Executers and SK, which team gave you most trouble? What did you change to bounce back in the grand finals from the one- sided loss against SK on dust2?
Frag eXecuters are really difficult to play. When we lost against SK-Gaming at upper final round. We decided that make some special strategy for anti SK Gaming.

What happened with your team’s split with WemadeFOX, especially with the event happened right after you claimed a world title?
I’m sorry. I want No comment for this question

After your split with WemadeFOX, did any other company contact you? Do you think the result of the upcoming IEM5 Global Finals is going to have a big effect on landing a new sponsor?
We will announce new sponsor very soon.

When Peri was brought in to replace Garcia, he was a relatively unknown player internationally. What were the reasons that you chose him before other Korean talents such as ari and okju? What do you think is some of peri’s strength that lead to his No.17 status in 2010 player ranking according to HLTV.org?
Mal and Peri was my candidate players. But termi pushed peri so much. That why we decided to take Peri as a new player.

The Lunatic-Hai legend enemy recently joined to take the place of termi. Does enemy has his old form back after years in the military service? What role will he play and what do you think enemy can bring to the team?
Yes. He discharged from military service. He is really incredible player and also He will bring new energy to my team.

In the IEM5 Global Finals, you have been placed in a tough group with top-notch teams such as NaVi,fnatic,SK and EG. Who do you think would give you guys the most trouble? Do you analyze their demos and try to anti-strat against those more well-known teams?
Of Course. We prepare a lot for those best teams by such like a hltv demo analysis.

Whats your practice schedule like? Besides Tyloo, what are some teams that you guys often play scrimmage with?
Normally. We practice with Korean local team.

What did you guys usually do when you are not practicing? Does any of the players on the team play the new Starcraft 2?
Almost time We spent together with friend when we have no practice. And there are no player who playing Starcraft 2 at this moment.

Do you think the popularity of RTS games and the rise of StarCraft 2 play a big part in the decline of Korean CS community? How many more years do you think competitive CS is going to last in Asia?
of course RTS is very popular in here. But SC2 seems not like SC:BW. I think CS competition will continue in Asian e-sports field.

You and alex are the two most famous Asian cser internationally, but alex decided to retire at the end of last year? Have you ever thought about hanging up the mouse? What were some motivations that kept you in top form over the past five or six years?
As I said before a while. But really said for Alex’s retirement. I hope he come back again.When we lost against team with really bad performance. I felt I want to stop to play anymore. Of course sometimes. Don’t forget first mind !!! and always thinking for that. That’s all.

During your long CS career, is there any special moment for you? What were the happiest and saddest times in your career?
It was moment in WEM ! When we decided to get world champion title!Winning of WEM was most happiest moment ! Saddest time was player left from my team.

What do you think will be the goal of the team for 2011? What about some of your individual goals for the new year?
I might to go military service in this year. But I really want to WIN as much as I’m in competition.

Let’s end the interview with a more personal question. Your former WemadeFOX teammate moon got married couple months ago, did that make you to search for soul-mate? Do you think professional gaming and getting a girl friend goes together well?
Girl friend? It is sometimes good. But sometimes bad. But I hope If I can find girl who understand my passion in e-sports competition.

Any last word to you Chinese fans?
It was really nice to get WEM title for my Chinese fans. I will do my best in upcoming tournament. Thank you so much. XieXie! 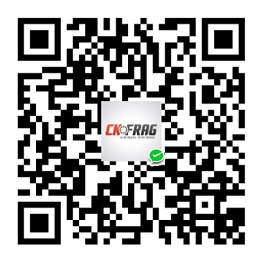